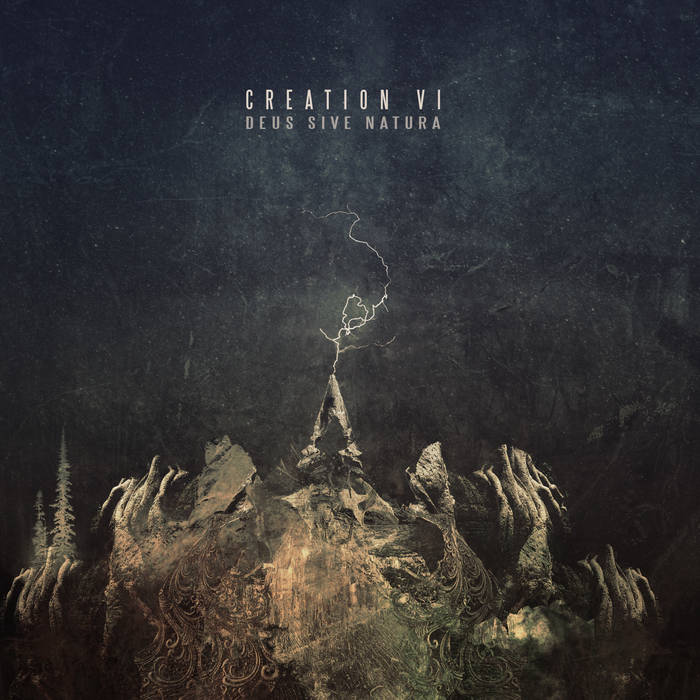 saklas Divine intervention specifically, as with this album in general, takes on the feel of an undulating synthetic organism - one that is very much alive in a state of continual becoming and metamorphosis. Favorite track: Divine Intervention.

rogue golem I did Seidr towards the North during the winter of 2018. It was taxing to my health but the knowledge I gained was worth the punishment my body took. I would listen to this music to both help me lose myself in the mists of Ginnungagap and a focal point to bring my soul back.

Elías Ortega Fajardo Less brightness on the harmonics would have helped emphasize the dark, humming tones of the album.

Some drums felt slightly fake due to the tape saturation. The pads sounded distracting-ly bright and it eventually tires the ear. Not everything has to be saturated to sound good.

And for some odd reason I could not picture neither a cave nor a caveman, BUT an old, white-bearded biker with a beer belly in a city-jungle.
more...

The cold wind howls outside the warm yurt, the shaman inside prepares the pipe. The inhale is deep. With the exhale he starts throat singing. The smoke dances between drums and bells raised by the rest of the tribe. Sweaty face sway and glazed eyes blink in rhythm with the beat.

This album is a journey of us humans moving through the ages in our universe. Trying to figure out our place within it as we forge myths and philosophies. Build megaliths and temples. Send our prayers into space and bide our time waiting for the miracle.

Recorded on old tapes for a fuzzy warmth. This album uses a lot of acoustic instruments like blockflute, chinese flute (hulusi), shruti-box, harmonica, ocarina, kazoo, bells, chimes, seeds & seedpods. Tribal drums make you feel like you are in the middle of a hypnotic ritual. Recommended for you who enjoy Ugasanie and Paleowolf and field recordings.

Sort albums by artist? Do it here: www.cryochamberlabel.com/allreleases/ ... more

New sounds from Mavi, Ivy Sole & Moderator, plus AJ, the One joins the show, for her latest release